Poor Things is a Frankenstein-like assemblage that includes Gray's preface, Archibald McCandless' narrative, Victoria McCandless' letter, and Gray's notes. But that's where the parallels end. Poor Things, while dealing with several of Mary Shelley's primary topics and themes, responds to them rather than imitates them. Whereas Scotland is on the outside of Shelley's novel, it is at the center of Gray's. Furthermore, since it lingers on Scotland's troubled post-colonial condition, the colonial tension between periphery and center that structures Frankenstein is deconstructed in Poor Things. 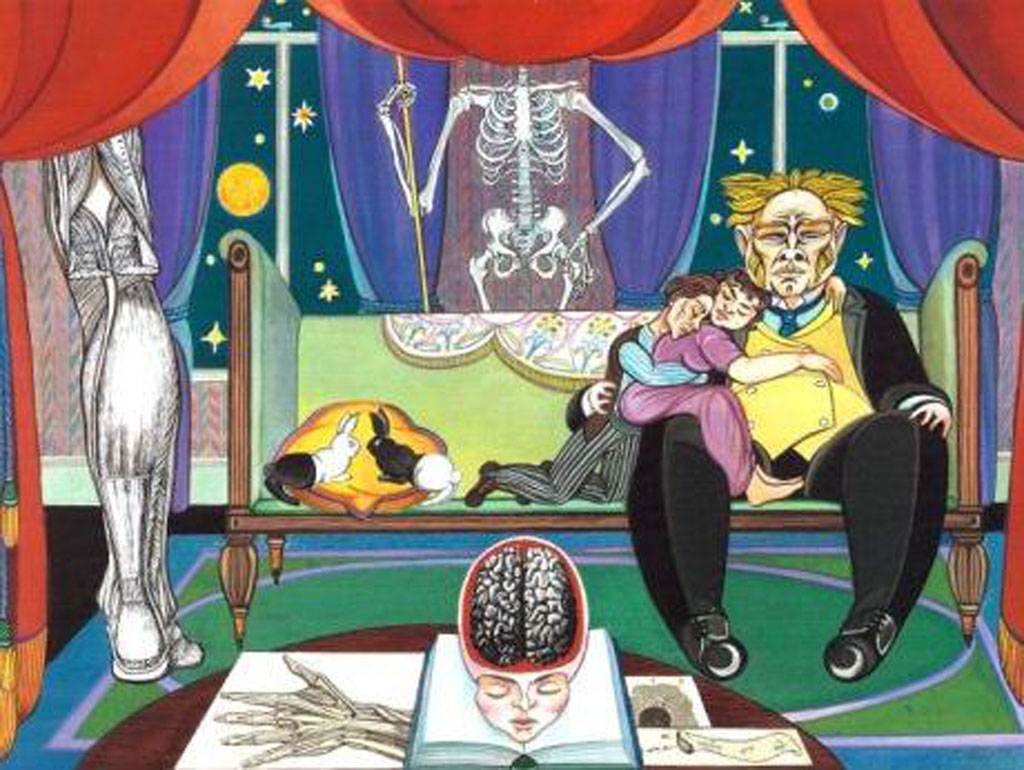 The Ends of Our Tethers

The Ends of Our Tethers (2003) is another collection of short stories that covers a wide range of personal and political topics. For example, consider the case of an obsessive parent whose children were killed in the 9/11 terrorist attacks. Other pieces in the collection appear semi-autobiographical, such as one about a creative writing teacher who is outshone by his student's creativity, while the inclusion of a non-fictional essay about the Iraq war has been criticized for disturbing the collection's general coherence. 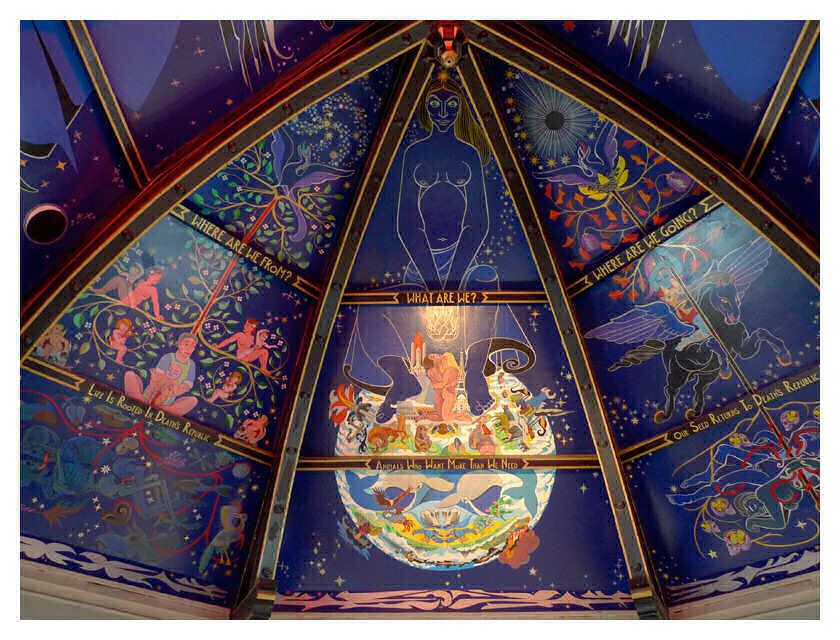 Old Men in Love (2007) depicts a continuing obsession with the Iraq war and Scottish independence. The book is presented to the reader as the work of John Tunnock (think tea cakes), a retired Glaswegian schoolteacher whose manuscript is discovered postmortem and then tarnished for publication by Gray. Old Men in Love has divided critics, combining the high production values and original artwork for which Gray is known, with deflating metafictional observations about its repeated, unoriginal contents. 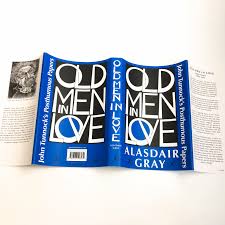 A History Maker is a science fiction novel. It's set in the twenty-third century, but it's a reflection on the twentieth, and it explores two of Gray's most known themes: memory and history, in fresh and unexpected ways. 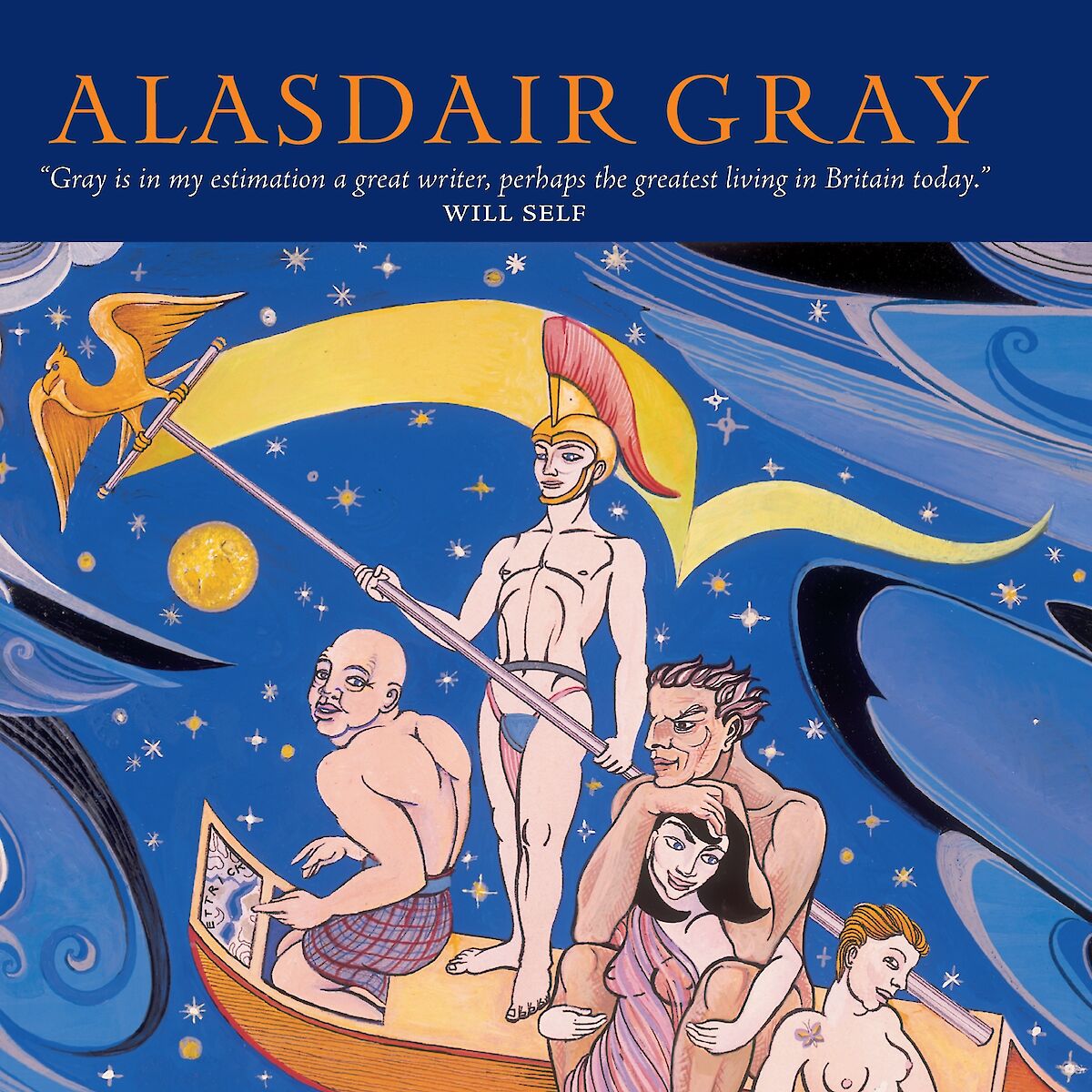 Mavis Belfrage, on the other hand, is an odd collection of short (and shorter) stories centered on the personal interactions of a group of otherwise unimpressive professors, lecturers, and headmasters.

It was released to widespread acclaim. This quirky, brilliant collection is full of the early work's peculiar typographic excesses; font styles and sizes change, pictures clash with text, and marginalia compete for the reader's attention with the main text. 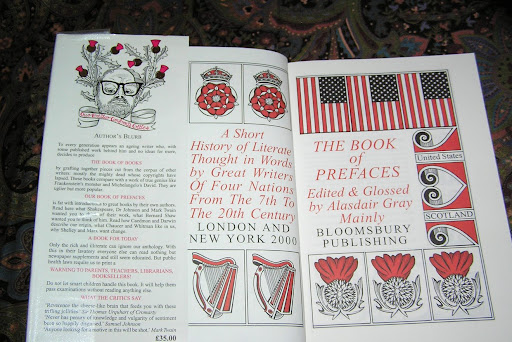 The visual and intellectual pleasures of the Book of Prefaces are equal. The prefaces are all well-written and include introductory material from a variety of sources. The prefaces span the centuries from the seventh to the early twentieth.

Gray crafts a story about ""modest, traditional"" June, who buys ""something leather"" on a whim, despite his doubts about his abilities to ""understand how a woman felt when alone."" What happens to her and the three women that cross her path: Senga, a ruthless dominatrix; Senga's dull helper Donalda; and Harry, a damaged but faddishly successful artist, is the subject of this tale. June is transformed from a secretary to a pipe-fitting magnate to a leather-clad lady with a shaved head and a taste for pain in the course of the story. Gray's concerns, while playing with the psychosexual, are primarily sociopolitical in nature. 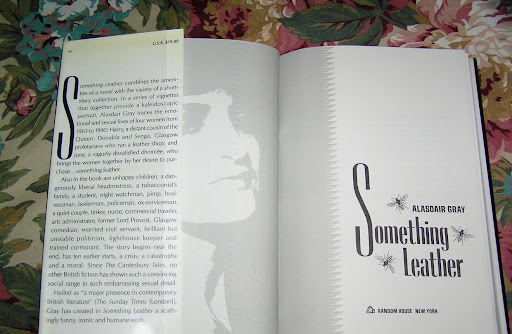 Dickensian with a twist of Lenny Bruce, his portrayal of Glasgow classes is full with hilariously flipped correct accents and the pathetic struggles of the down-and-out. Gray's prose is razor-sharp, and his eye is razor-sharp. Unfortunately, the book is littered with spiteful asides about reviewers, typists, and other minor details that one wishes had been edited out.